Shows for families on holiday in Sardinia: “Un bimbo in più” by Federico Melis 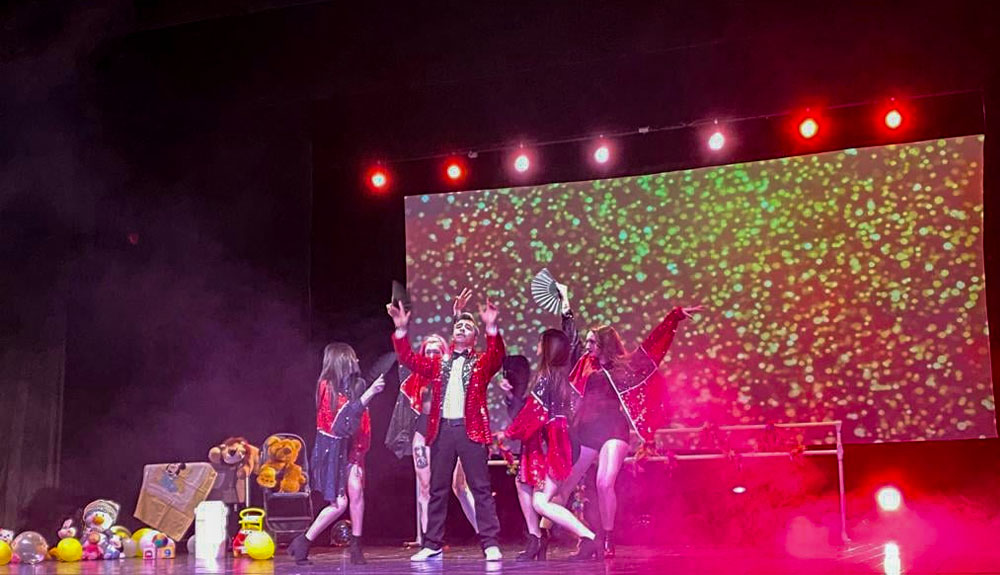 The third show for families to add to the list of events for families with kids in the Sardinian hotels and resorts is Un bimbo in più – Storia di un quarantenne non ancora maggiorenne (One more kid – The story of a forty-year-old man not grown up yet)​.

Un bimbo in più, a real show for families

Un bimbo in più – Storia di un quarantenne non ancora maggiorenne is a comedy show where Federico Melis, author and performer, retraces the stages of growth that every human being has experienced. 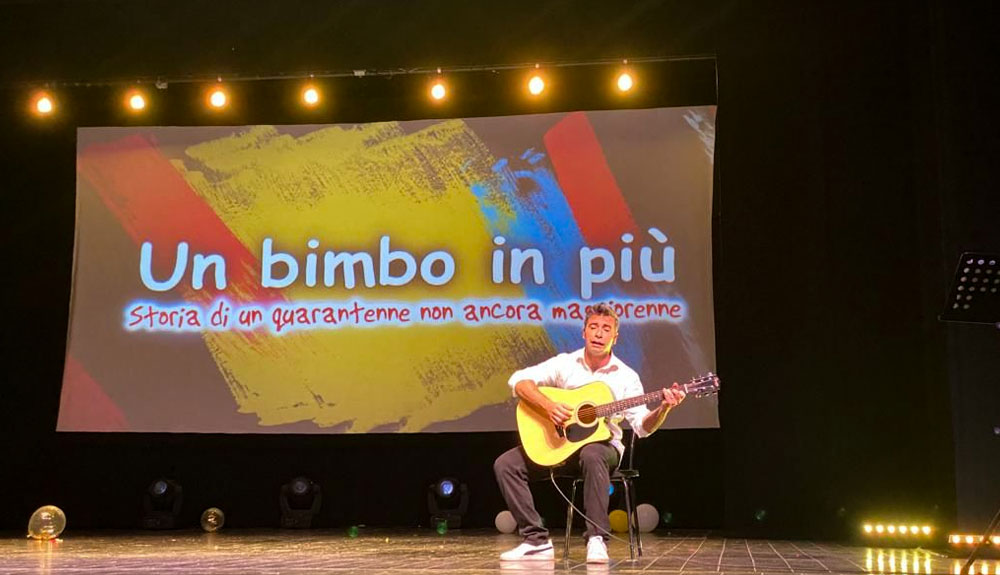 Starting from the “trauma” when you reach forty, the daily situations that characterize the days of each of us are narrated through monologues, sketches and songs, and the inevitable flow of time is analyzed, always with a smile.

The decision to have kids and the related adventures that can be shared by the public, make up a comic monologue that amuses and makes us reflect on the unstoppable, but often happy, pace of the years. 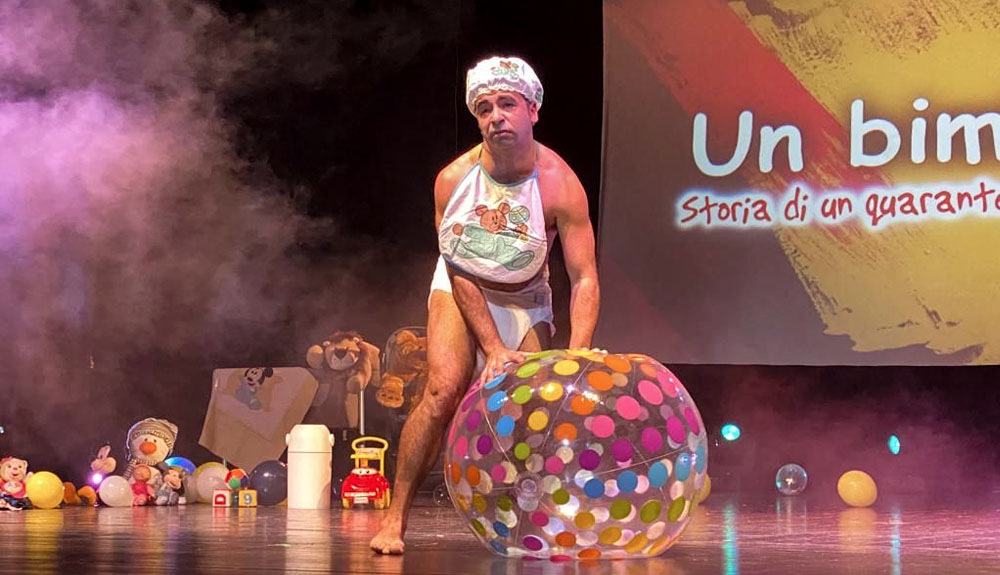 The continuously repeated children’s songs, the nappies, the difficulties of education, the differences between boys and girls involve anyone in an hour of light entertainment in the show for families on holiday in the hotels and resorts in Sardinia.

Federico Melis was born in Trieste of Sardinian parents, and then moved to Livorno between the ages of 4 and 8, where he was fascinated by the puppet theater.

Moved to Porto Torres, in northern Sardinia, where he remained until he was 20, he began to approach theater workshops held at schools. 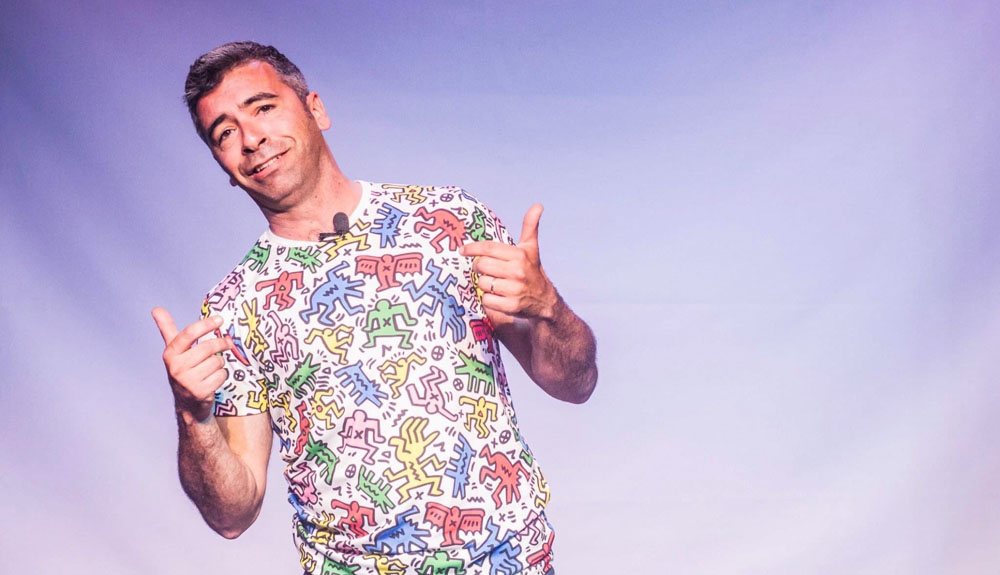 A parallel path begins in Rome between university and the Musical Theater Academy.

At the same time he begins to work as an actor in the Capital with different directors and texts ranging from comic to dramatic.

He writes and plays in his monologues 30 e passa la paura…o no? and One (little) man show. In 2013 he won as best comedian at the S.O.S. Cabaret of Arezzo. 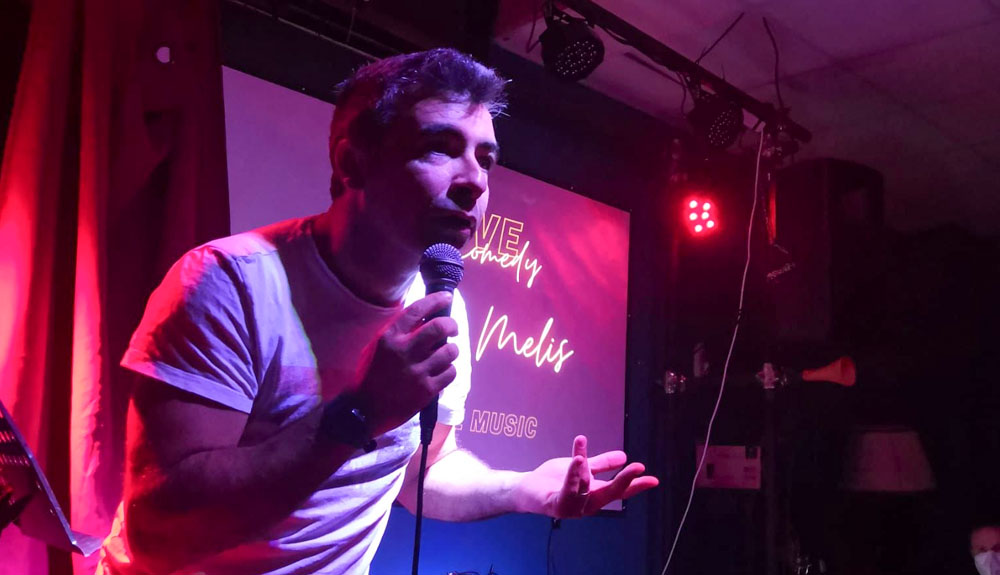 He plays as an actor in the Artistidea company with shows for children and teenagers represented in theaters throughout Italy.

He approaches film acting by acting in several short films; then he starred in the movies Il ministro and in Oh mio Dio!, both written and directed by Giorgio Amato.

is a real One Man Show, but he is, above all, the father of Livia and Leonardo 🙂.

The dates of Federico Melis’ show

Come on vacation and enjoy the show

Read also: Here is Lucilla in the resorts in Sardinia: shows, dances and music for kids

You may also like: Events and shows for kids in the Sardinian resorts with La Botte e il cilindro