Giro d’Italia 2018: follow the stages from the resorts of Montesilvano and Rome 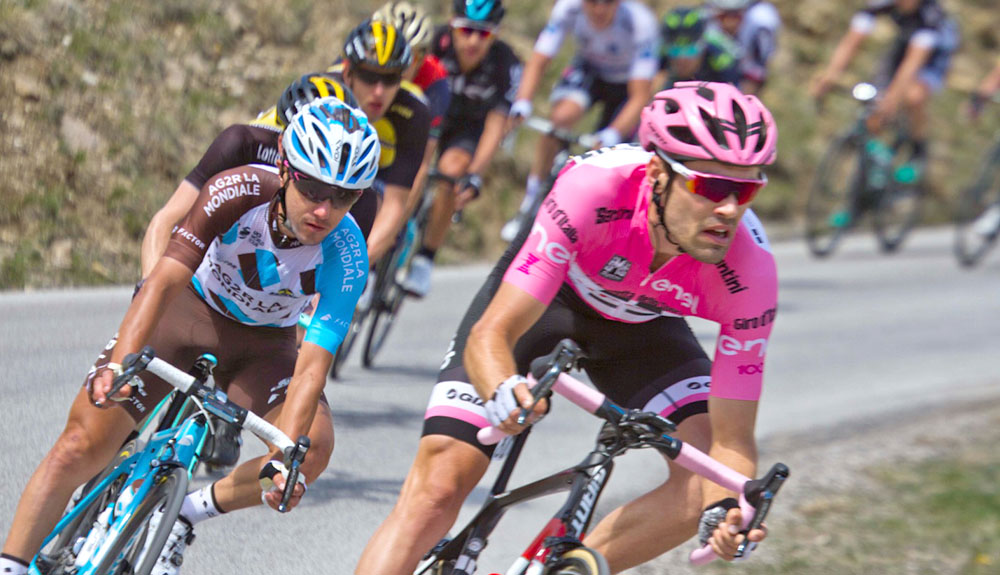 Are you a cycle amateur? Are you a fan of the pedals? Then good for you. Also this year Club Esse will closely follow the biggest Italian national cycling event. Get ready to watch your favorite duels and fugues. Froome, Dumoulin and Aru, in the Abruzzo stages of the Tour of Italy 2018 and in its final runway in Rome, will compete a few steps from the hotels of the chain, do not miss them!

The Giro d’Italia 2018, the most famous bicycle race of the Stivale starts again, which already in the edition of the last year it had intertwined his path with that of Club Esse and of cycling tourism in Sardinia.

This time, with an absolute novelty more special than ever, the Giro 101 will start from Jerusalem, and will meet Club Esse two more times: first halfway, in Abruzzo, in stages number 9 and 10, when the protagonists of the race will cross Roccaraso by cutting the finish on the Gran Sasso on May 13, 2018, and then when the race will start from the beautiful village of Penne.

The other opportunity will be at the end of the competition, the best time to follow the Giro d’Italia 2018 enjoying the hospitality typical of the hotels of the chain, in the final stage with the arrival of the protagonists on the runway among the sumptuous monuments of Rome.

For the two central stages you can follow the cycling race by staying comfortably in the Club Esse Mediterraneo, the seaside resort in Abruzzo, which lies on the endless coast of Montesilvano, just 30 km from Penne.

For the Roman stage the business hotel 325 Tor Vergata offers a strategic position, which will give you the opportunity to see Froome, Dumoulin, Aru and many other champions of the two wheels, competing in a circuit of 11.8 kilometers to be repeated 10 times, in the historic center of the Italian capital, between via Nazionale, via Sistina, Piazza del Popolo, the Circus Maximus and the Baths of Caracalla, before the arrival at the Fori Imperiali under the Colosseum.

An edition full of champions this of the Giro d’Italia 2018, which will fight from the first stages for the maglia rosa. Discover, closely following your favourite rider, who will wear it in Rome on May 27th 2018, when the edition number 101 of one of the most evocative and popular cycling races will end.