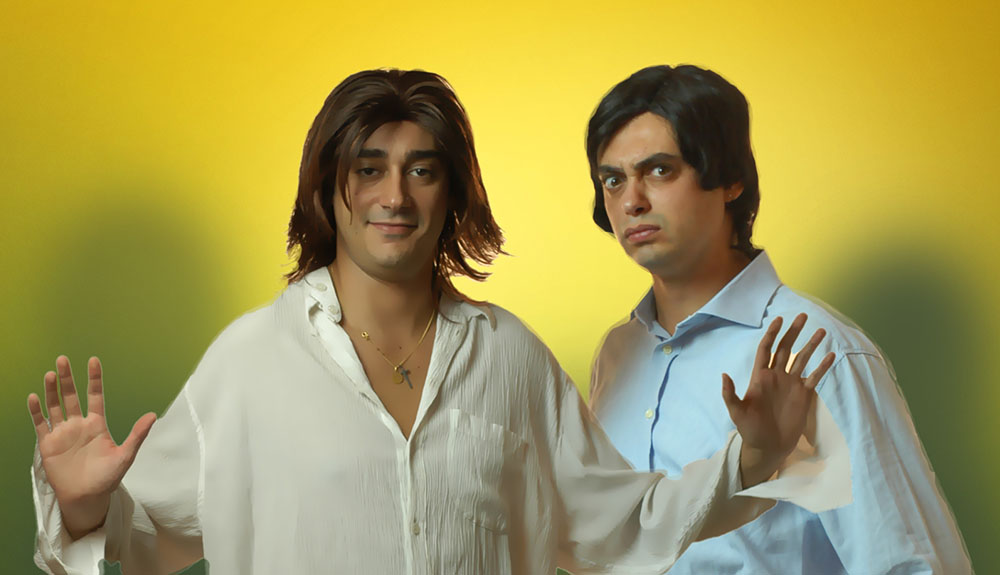 The Sardinian comedians, the Manca brothers, Michele and Stefano, will kick off the traveling festival of laughter in the Club Esse summer 2018, which will bring jokes and sympathy to the lucky guests of the chain resorts in northern Sardinia.

Pino e gli Anticorpi will be the first comedians to perform on the stages of the seaside resorts in Sardinia, effectively opening in early July the Club Esse Comedy Tour, the event that collected success and appreciation by the guests in the past summer season edition.

The duo of Sardinian comedians Pino e gli Anticorpi has come to the fore by participating in the popular and beloved cabaret TV program Colorado.

The comedy of the Sardinian artists is based on the international tradition of clownerie, and it integrates perfectly with the engaging and immersive of high quality program of tourist entertainment and shows offered by Club Esse for its guests for several years.

When and where will they perform?

The comedians begun to perform in the mid-nineties in Sardinia, where they make an intense apprenticeship with shows around the theaters and clubs around the island. The singular name of the initial cabaret trio is due to Michele Manca, who first invented the character Pino la Lavatrice (Pino the Washing machine).

After so many shows and evenings Pino e gli Anticorpi took the opportunity to make the difference in 2001, when always Michele Manca first, and the other members later, participate as actors to the Italian TV program Scherzi a parte.

Since 2005 the Sardinian comedians are part of the cast of Colorado Cafè, interpreting among other things the surreal human puppet theater that found an excellent success on TV.

But the year of the total consecration was 2016, when Pino & gli Anticorpi first performed during the third evening of the Sanremo Festival, obtaining the peak of share, and then with the interpretation of their first film Bianco di Babbudoiu.

The Club Esse Comedy Tour, an event organized thanks to the collaboration with Sira Eventi, makes the first stop with “home” comedians to bring a further wave (it is appropriate to say when we talk about beach holidays in Sardinia) of joy and lightheartedness in the summer of Club Esse guests.