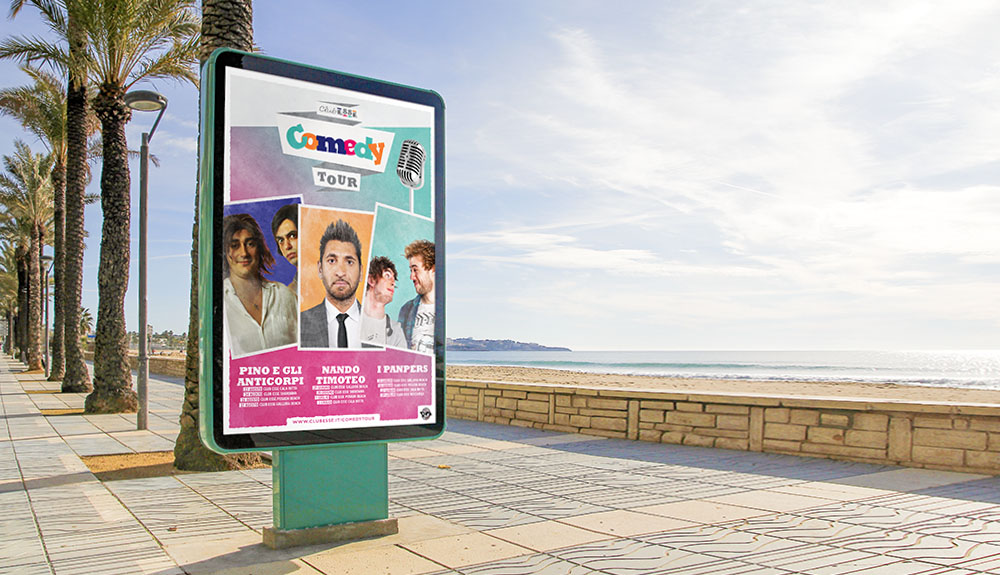 The Colorado comedians are back to cheer up the beach holidays of the guests who will be staying this summer in the Sardinian Club Esse resorts.

After the success of the last edition, the appointment with the big cabaret on holiday is back with the touring festival of the laughter Club Esse Comedy Tour. An ambitious proposal with which the Club Esse resort chain intends to raise the bar of tourist entertainment, bringing in its hotels in Sardinia the joy of the best comedians of Colorado.

What is the Club Esse Comedy Tour?

There will be the opportunity to know and enjoy the sympathy of some of the most beloved comedians of the very popular Colorado TV program, as they themselves will be guests of the resorts.

The big thing of the festival?

The cabaret show will make several stops between July and August: a mix of shows and tourist entertainment will make you smile every hour of the day and give you the opportunity to meet first-hand real laughter professionals, who, before and after the evenings, may be your umbrella neighbors.

A sea of good humor where you can dive headlong, to spend your holidays between fat laughter and strong emotions. After all this is the target of Club Esse: to bring unforgettable entertainment in the places where Club Esse resorts are located capable of touching the right strings to make every guest’s holiday special.

The Club Esse Comedy Tour will offer cabaret shows, in which each artist will be able to propose the characters, gags and comedy sketches that the public has appreciated and loved on TV.

Where to go on vacation to see the Colorado comedians’ shows?

The ‘last festival stop’ will be on the PanPers, digital comedians/youtuber (born Andrea Pisani and Luca Peracino), also guests from August 5 to 12 of the Club Esse Cala Bitta, where they will hold a show followed by two others at Club Esse Roccaruja and Club Esse Cala Gonone Beach.

With the Club Esse Comedy Tour, the hotel chain adds a further piece to its already very rich and highly appreciated entertainment program, proving once again how the “mess” of tourist entertainment in the resorts is an excellent stepping stone to go far, when you have talent and desire to do so.

The event is organized in collaboration with Sira Eventi.

The stages of the comedians at the Club Esse Comedy Tour