Nando Timoteo, an exceptional tourist entertainer for the Comedy Tour 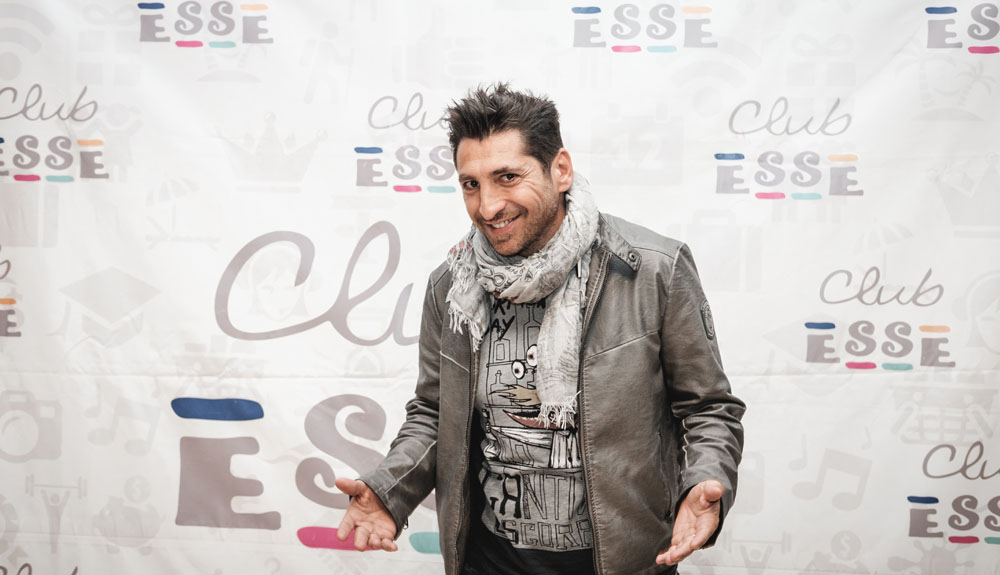 It will be an “extraordinary” tourist entertainer, Nando Timoteo, and his comicality to open the Comedy Tour, the itinerant festival of fun that will make a stop in the Club Esse resorts in Sardinia.

For all cabaret lovers, Nando Timoteo, directly from the Colorado stage (a popular cabaret show in Italy), known to the audience for its stinging funniness often emphasized by piano accompaniment, will inaugurates the Comedy Tour.

Actually, this is a sort of homecoming for Timoteo (aka Fernando Zimotti), since he started as a tourist resort entertainer, and then head of the resort’s entertainer, before to start his brilliant career.

And it’s going to be him to inaugurate the Comedy Tour, an event organized by Club Esse group, that from this week until coming to the end of August will delight and enrich the guests’ summer evenings with a full immersion of cabaret and comedy.

Three Club Esse hotels in Sardinia will be the stage of the first shows of the initiative from 27th June to 4th July.

The cabarettist will be the guest of the Club Esse Gallura Beach Village in Aglientu (Santa Teresa di Gallura), where it will be possible to see him or even have it as a true umbrella-neighbour, giving the guests an extra opportunity to exchange jokes.

There will be some real evenings of course, pulp and juice of the Comedy Tour, in as many as four villages, where Nando Timoteo will rediscover its popular sketches and the most famous TV’s gags:

From tourist entertainer to succesful comedian on TV: the Nando Timoteo’s carrier

After winning numerous awards from critics and audience for his participation in various Italian cabaret workshops, such as Zelig, Colorado Café and Caffè Teatro, he became famous.

In 2005 he became Colorado Cafè Live’s live official guest and Diego Abatantuono wanted him to play in his Eccezziunale veramente capitolo secondo… me movie and two years later in 2061 Un anno eccezionale.

In his career he has achieved important goals, such as the prestigious Troisi Prize, the publication of a book titled Mogli e buoi… Meglio i buoi (from which he then took the title for his show) and was also a radio host in 2009 on Radio Italia, with the program Buone Nuove, along with Savi and Montieri.

Nando Timoteo was also one of the protagonists Risollevante Tour, on Sky Comedy Central channel, where from 2009 to 2012 he also participated in the comedy program Central Station.

In January 2013 he debuted with a new show with DoDiVino Band, a six-element musical group that accompanied him with classic pieces and new creations, and in 2014 he created a new one-line style titled Formaldeide with a series of jokes without an apparent common thread, which subsequently gave shape to his next show.

In conclusion, this must be a path to be admired and then taken as an example by all those who look at the entertaining and TV wolrd, entering the stage door as a tourist entertainer.