In the year of Dante’s seven hundredth anniversary, Club Esse celebrates the Sommo Poeta together with all the guests of the hotels and resorts of the chain on the weekend of mid-August, with themed days, shows, costumes, games and dishes between Paradiso and Inferno.

Every year the festivities of mid-August day in the Club Esse seaside hotels and resorts are inspired by a theme linked to current issues.

In the summer of 2019, the day was dedicated to the Moon and the 50th anniversary of the moon landing; while under the sun of 2020 the chain was inspired by “Superheroes”, precisely to underline the courage of everyone in facing such a complicated year.

This year marks the 700th anniversary of Dante’s death and many cultural events in Italy and around the world have been dedicated to this event.

Club Esse wanted to celebrate the anniversary by dedicating mid-August day to the Sommo Poeta, to the “Divine Comedy” and to the metaphorical journey from hell to heaven.

From Inferno to Paradiso

The family resorts in Sardinia, Calabria and Abruzzo have been set up with ancient medieval books, flames and angel feathers; tourist entertainers in the guise of Dante, Beatrice and Virgilio accompanied the guests on an imaginary journey lasting an entire day between games with evocative names of the deadly sins, challenges between teams of angels and demons, and culinary surprises.

The day was entitled A riveder le stelle (To see the stars again – Inferno XXXIV, 139) as a message of hope and rebirth after the difficult years we are going through.

The guests who stayed in the hotels and resorts of the group during the Ferragostano weekend were given a parchment which reminded us that “even the most tortuous path becomes a beautiful journey if you are in good company”. 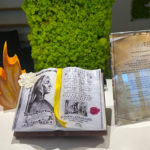 Preparation for the Ferragosto

Dante Alighieri on the beach 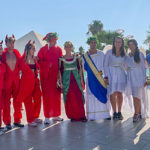 Angels and demons in Calabria 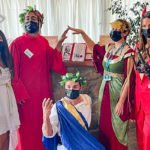 Dante’s Calabittians on the Costa Smeralda 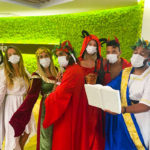 The Divine Comedy at the Club Esse Roccaruja 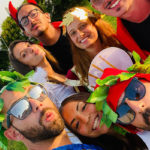 From Hell to Paradise of the Posada 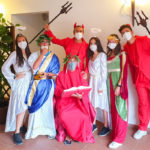 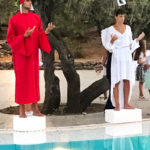 Dante on his trip to the Palmasera Resort