Holidays in Sardinia: excursion to Li Mizzani tomb of giants in Palau 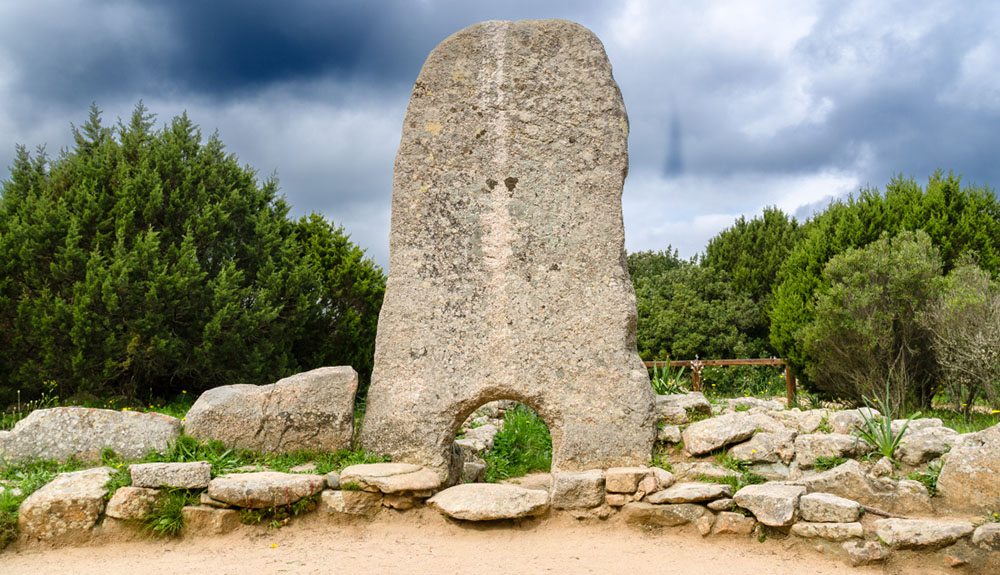 The Tomb of Giants in Sardinia (Tombe dei Giganti) represent a mix of history, legends, mysticism and, in some cases, are also known for their mysterious therapeutic effects.

Their origin is not clear, they are megalithic works that lend themselves to numerous hypotheses of use. Some experts believe that they were votive altars, others speak of burial places, others still think of monuments erected in order to indicate places characterized by dark forms of energy.

It is also known that our distant ancestors lived in direct symbiosis with the earth and with its natural energy, which millennia ago was perfectly understood and known, and which today is demonstrated by the ultra-sensitive tools that modernity makes available to us.

Visit the Tomb of Giants

Among the most mysterious is the Tomb of Giants of Li Mizzani, halfway between Arzachena and Palau, which is the destination of real pilgrimages by those suffering from muscular and rheumatic diseases that traditional medicine has not been able to cure.

You queue up to lean on the large stele and immediately you get the impression of a feeling of well-being, even on the part of those who, at least apparently, have no illness.

I personally experienced this feeling, pushed by a friend of Porto Torres who first told me that he was cured of a recurring back pain that had afflicted him for many years now. Every 6 months or so, he takes a family trip to Li Mizzani‘s Tomb of Giants and spends ten minutes leaning against the stele, then returning home with a feeling of unparalleled physical well-being.

Tomb of the Giants and healing effects

Naturally, science has deepened this strange healing effect, witnessed by many people, and it has actually been verified that the stele is subject to vibrations (waves calculated in a range that goes from 20 to 90 Hz) that are transmitted to the cells of the body, counteracting various ailments, from back pain to rheumatism of various kinds.

The stele is made of granite, which has a strong and recognized electrical conductivity. Suffice it to say that one of the components of granite is silicon, which is the basis of the microchips that are used in computer science. In short, the therapy of this particular historical site and its stele is comparable to natural nuclear medicine, which the ancients benefited from, in all likelihood assigning it a mystical motivation while the reality proved to be much more scientific.

The fact remains that no one knows why in many cases the stele works while traditional medicine does not. Since it has been made clear that this is not suggestion, I think it will remain one of the mysteries that characterize one of the many effects of our mother earth.

From the tourist resorts to the Tomb of the Giants