11 weird animals you can admire in Sardinia 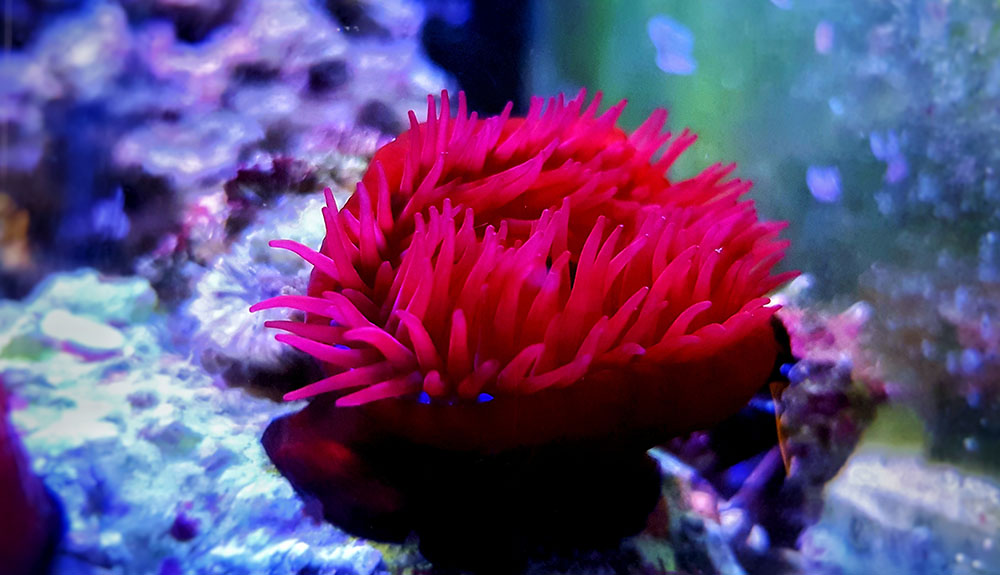 Sardinia is a queen of the sea. And it happens quite often to see through its clear and crystalline waters “strange animals”, especially marine species or amphibians, that will be very difficult to see elsewhere.

Sea cucumber are considered the sea shelters. They don’t look quite pleasing to the sight. In the water they remain long, but if they are pulled out, they clench. In the local dialect they are commonly referred to as “marine cocks” because of their oblong and phallic shape. But once you remove the observable aesthetic positions of the observers, from the environmental point of view their contribution to the cleaning of the sea bed is formidable.

The hermit crab, frindly called by some “Bernard the hermit” is a sort of small crab nestled inside a snail-shaped shell. It can be seen while walking on the rocks as a common crab. There are so many types, but those of Sardinia differ for the varieties of shell types, which can be narrow and long or with the pointed and horned end. In the northern Sardinian dialect it is volgly named “gracuru” and is considered to be a good bait for both land and flaming fishing.

The Pinna nobilis, known as the noble pen shell or fan mussel, is the largest bivalve in the Mediterranean Sea. It can reach a meter in length. Its collection is forbidden. Even though it is edible it is really uncommon to eat as it accumulates, absorbing them from the sea, large quantities of pathogens. For this reason it has been used as an indicator of marine pollution. From the noble pen shell is produced the bisso, a very fine and expensive fabric, with which, probably already at the time of Solomon, were packed the fabrics and garments of the most influential characters of Babylonian, Assyrian, Phoenician, Hebrew, Greek and Roman societies.

The starfish are very widespread in Sardinia. They are animals that multiply only where the water is really clear, difficult to meet them in places where you can not see the sea bed. On the island of Asinara, in front of Stintino, for example, there are many. Two types in particular: red coral and bluish gray.

Turtles in Sardinia were once a very present species,especially marine species the caretta caretta kind, now at risk of extinction. Pretty and elegant in their swimming, only one portion of the head emerges from the water.

Dolphins are among the most friendly creatures to humans. It is very easy to see them even a few meters from the beaches along most of the Sardinian coasts. They are real biological indicators. Their presence indicates if the sea is clean. So, if you see them, it is very likely that the waters you are in are uncontaminated. If you are interested in the artwork on this topic, in front of Scogliolungo beach, in Porto Torres, a few minutes by car from the Pelosa, you can admire a bronze sculpture that a few meters from the beach portrays a dolphin floating on the water.

The patella, or limpets, in Sardinia are found everywhere above and among the rocks. They are present in bigger quantities in the areas that the Sardinians call “outside sea”, northwest of Sardinia. Places where the rocks fall into the sea, where the water is colder and easier to reach only with a rubber dinghy, because otherwise it is necessary to walk a few kilometers. But it’s worth going there, because you can admire bigger and more beatiful kind.

L’Arbacia Lixula is widespread in Sardinia, it is the sea urchin, which is considered one of the greatest delicacies offered by the coast of Sardinia. The edible part is represented by the gonads, five tongues ​​star-shaped in a round shell. The purple and green curls are females and are the most tasty and fleshy, great for pasta dressing, but even more flavorful when tasted straight on, still on the beach, with a simple teaspoon. The black ones are males and are not good to eat.

Although not an animal in the scientific sense of the term, the coral deserves to be included in our list. Very well known is the coral taken and worked in the city of Alghero, about 30 km from Stintino, on which the Catalan city has built a good portion of its economy. Coral harvesting is controlled and only those who have the patent can pick it up. It is difficult to admire it if you do not dive.

The little ones lie on just few centimetres under the sand, they open their shell slightly when the sea retreats. On the Fiumesanto beach, about 10 km from Stintino you can admire different species, they have pastel colors, from pink to gold, from blue to gray.

The sea anemones or Actinia, is a beautiful mollusc, red or brownish red, with very similarities to those of a tomato. Lives attached to the rocks and has small tentacles. When it comes out the tentacles seems like a flower. 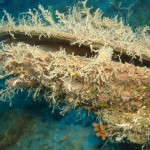 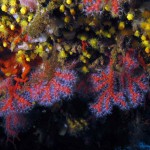 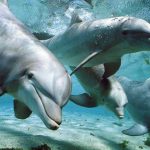 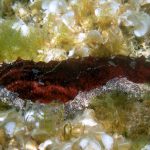 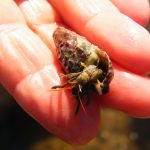 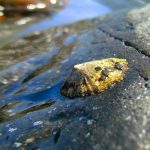 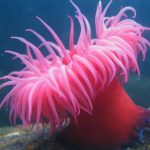 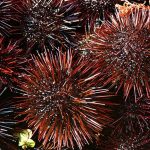 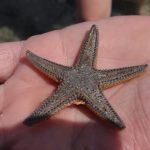 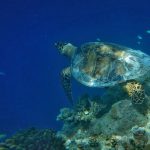 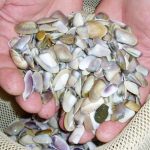